Navigating Your Child’s Education:
A Blog for Parents 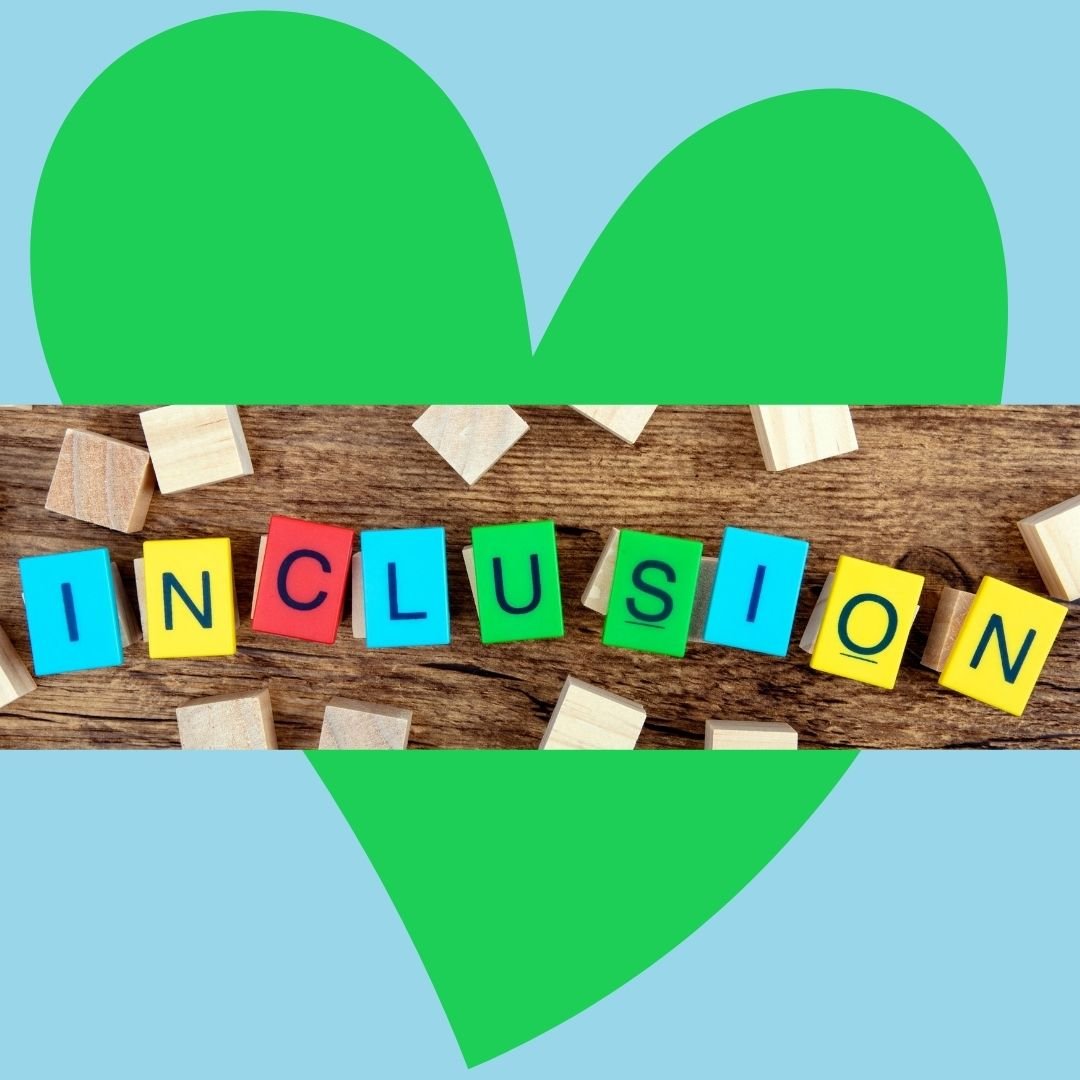 Fostering a Heart for Inclusion

Inclusion is a word that gets tossed around a lot nowadays. My experience as a mother of four children—two of which were diagnosed with autism in their earliest years—has shaped my perception of and passion for inclusion. For the last three decades, schools and education systems have been moving progressively toward greater and greater inclusion for students are differently-abled physically, cognitively, and neurologically. Amazing strides have been taken to make sure that these differently-abled students receive the same or equivalent educational opportunities alongside their “typical” peers. While inclusion has been addressed on a policy and systemic level, this level of inclusion does not directly translate to inclusion among and by peers. Part of what I experienced with my own children on the autism spectrum is that even when their teachers worked hard to meet their needs and include them at the classroom level, their peer interactions could still be quite challenging. 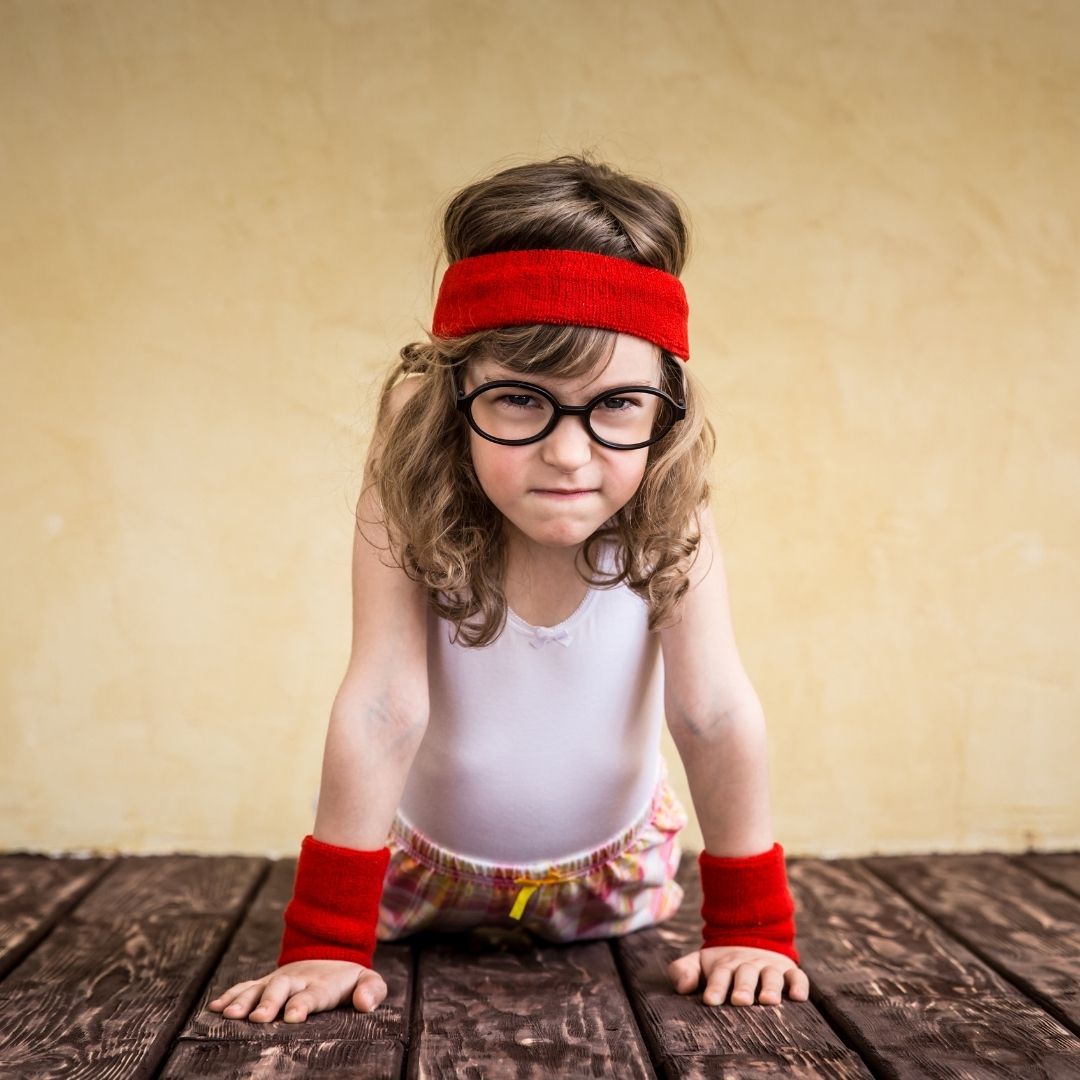 Merriam-Webster defines strong-willed as “very determined to do something even if other people say it should not be done.” Most parents, however, don’t need a dictionary to tell them what strong-willed means. Those parents who are raising a strong-willed child typically know exactly what that means and what it looks like.

Most parents know they’re dealing with a strong-willed child even if they don’t call it that. A strong-willed child is one who often resists. That is, they don’t take “no” for an answer. They often ask, “Or else what?!” And they know that there’s really nothing they have to do. This attribute often displays itself in the earliest years, even months, of life. An eighteen-month-old that doesn’t want to eat green peas cannot be made to eat the peas. They can be put in her mouth, she can be encouraged to chew and swallow, but it is ultimately up to her whether or not she eats them.

While the adjective “strong-willed” often is used as a negative personality descriptor, that is most often the sentiment for the trait when it has taken the wrong direction. Unhealthy manifestations of strong will include being bossy, competitive to a fault, wanting everyone else to do things their way, difficulty playing on a team, and more. This can result in pushing peers away and driving parents to insanity.

Strong will is, in and of itself, a very positive trait. A person with a strong will is one who is willing to step up when no one else is or when no one else will. It’s a person who doesn't shrink back or give up when all the odds look against them. They have strong convictions and are not easily conquered or discouraged. These are qualities that most parents desire their children to embody in healthy doses. Parents can celebrate their strong-willed children and encourage them in the right direction.

Raising a strong-willed child can leave parents feeling beat down at times. There are some tactics parents can employ to help move everyone in the right direction, but before considering any of these tactics, there are three basic tenets that parents must understand about a strong-willed child.

1. It’s not authority strong-willed children (or adults) have trouble with, it is how the authority is community. The pointed finger, bossy tone, yelling, and “I’m the boss and I told you to” style of communication does not work. 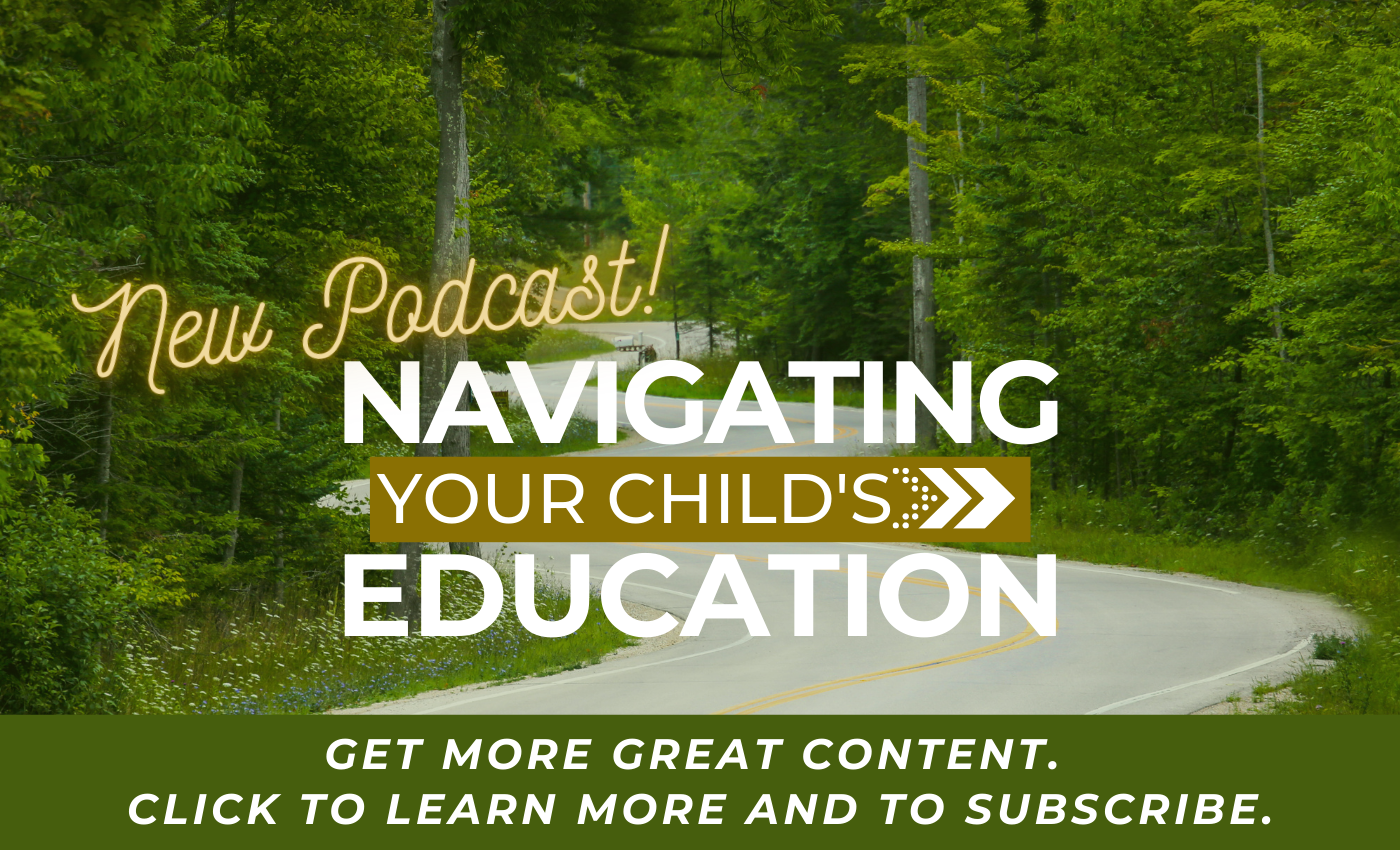 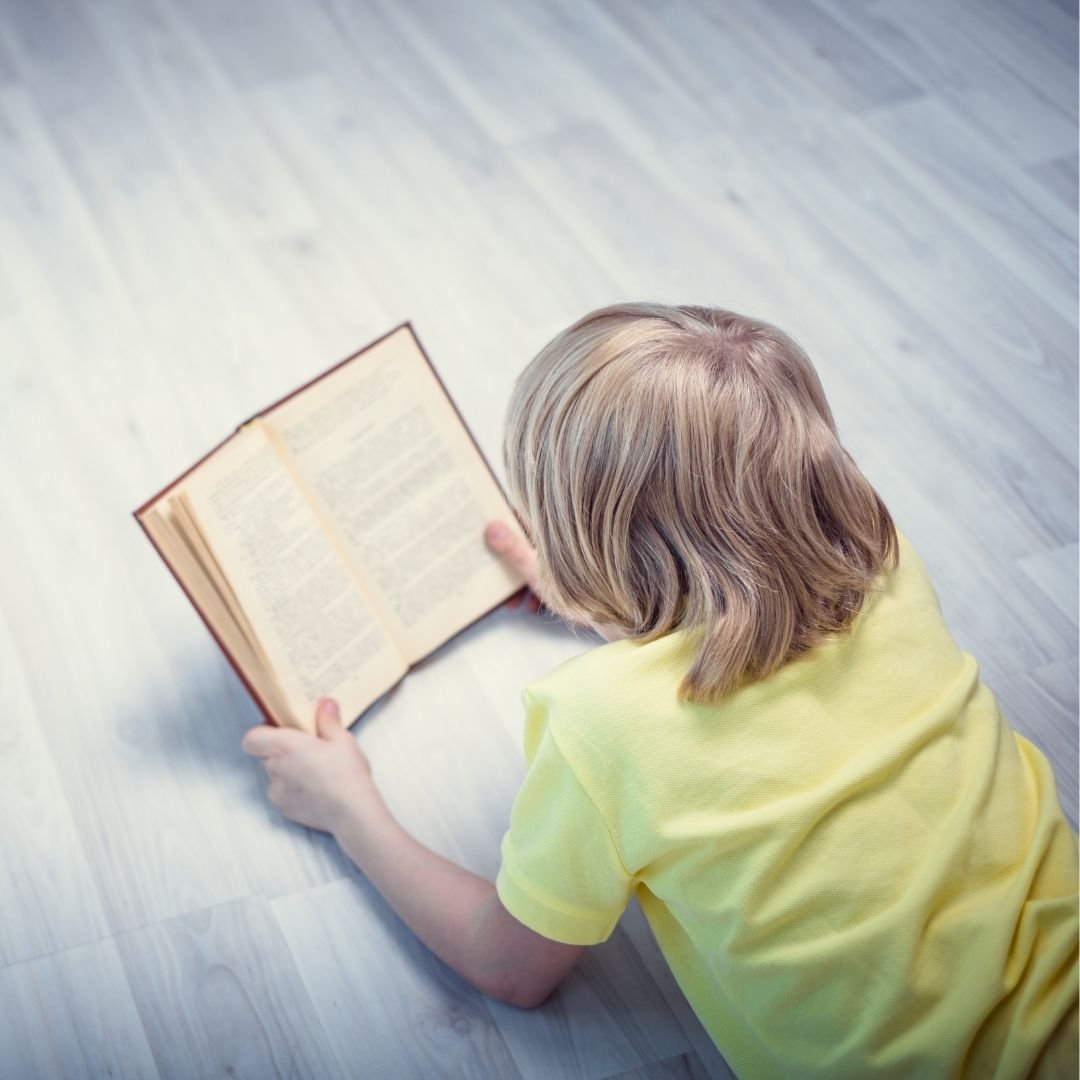 From Picture Books to Readers

When it comes to the earliest years of literacy with our littles, picture books are what typically come to mind. These books usually contain beautiful, purposeful illustrations that accompany the text that we read to them. Picture books not only help to build those all-important early literacy skills but also help to create deep and lasting connections. Whether it's a book about going to school for the first time or a story about making a new friend, picture books help to expose our young learners to new concepts and vocabulary, as well as the basic elements of reading. 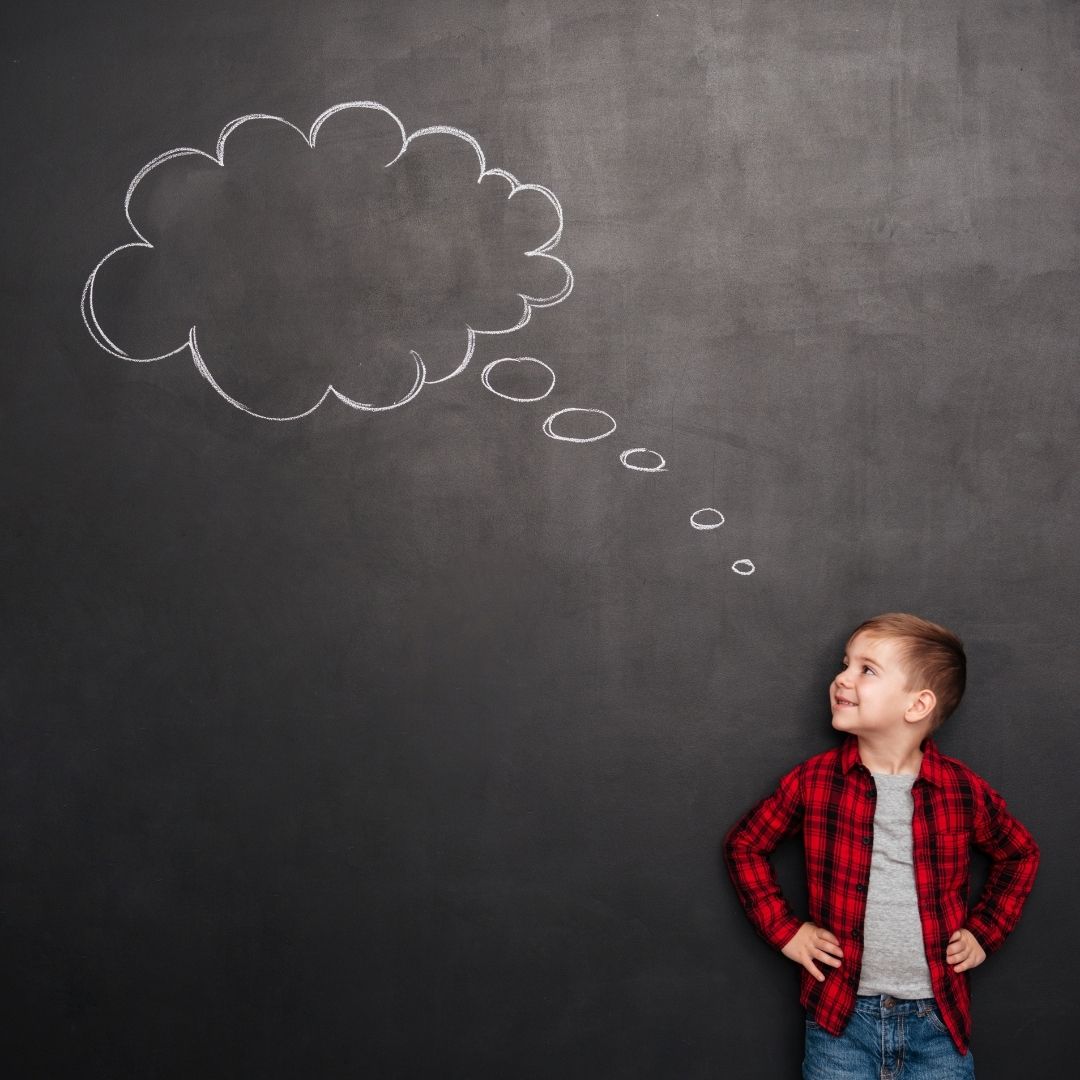 When I was a kid, my siblings and I listened to Steve Green’s “Hide ‘Em In Your Heart” albums over and over again. These albums are a collection of dozens of kids’ songs that are basically just Bible verses put to catchy tunes. To this day, when I notice fear rise in me in a particular moment, I instinctively start singing, “When I am afraid I will trust in You, I will trust in You, I will trust in You,” from Psalm 56:3-4 thanks to one of those catchy tunes. The title of the albums is a nod to another Psalm—Psalm 119:11, “I have hidden your word in my heart that I might not sin against you.” Because of the truths embedded in them, these albums were instrumental in my spiritual formation in my earliest years. Learning truths from God’s Word and committing them to my memory helped to shape me into the person I am today, now with children of my own. 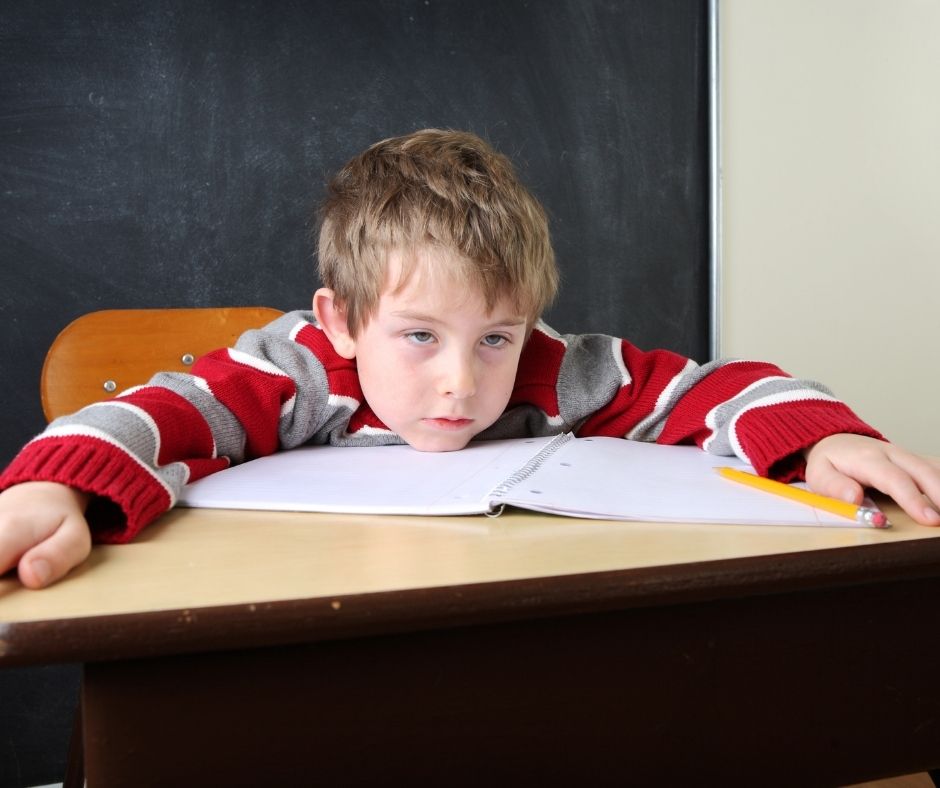 A Closer Look at ADHD

Attention-Deficit/Hyperactivity Disorder, commonly referred to as ADHD, is the most studied condition in childhood. Statistics show that nearly ten percent of children ages two to 17 in the United States have been diagnosed with ADHD. While this condition is widely studied and diagnosed, it seems to remain clouded by misunderstanding and misconceptions by the general population and is, in fact, under diagnosed. 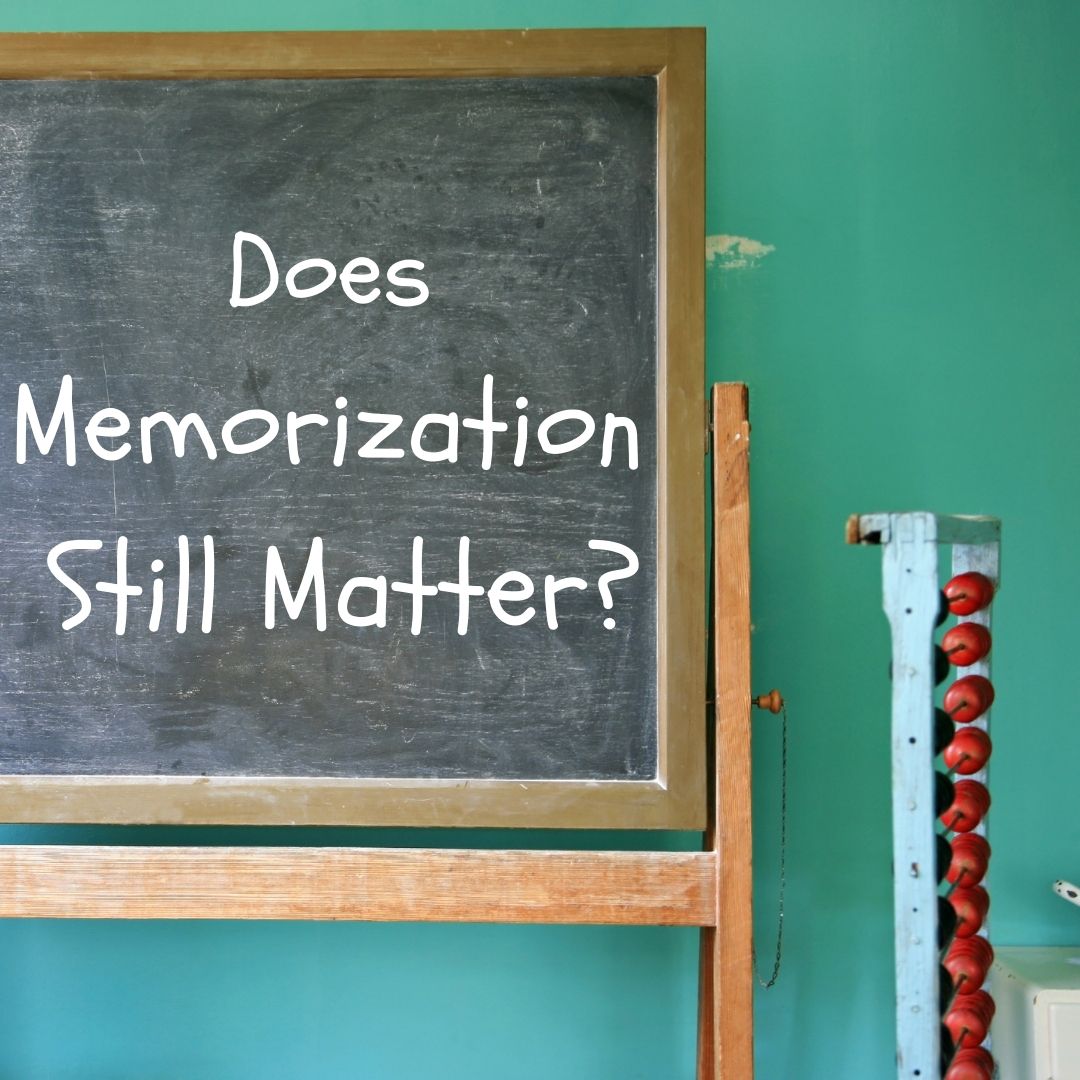 In the 40 years that I have been teaching, I have seen a lot of changes in the world of education. In my earliest years in the classroom, rote learning was the primary way that knowledge was transferred from teacher to student. Rote learning relies heavily on the repetition of material for the purpose of memorizing it. This teaching technique was widely used across all disciplines. Students memorized important dates and events in history class, entire music pieces in music class, famous poems in language arts class, and math facts and equations in math class.

Deconstruction. Doubt. These are words that have surfaced as commonplace in our culture and within the Christian faith specifically.
Doubt often feels scary. Many of us were handed a vision of the Christian faith that says there’s a series of boxes to check to be considered “in,” so the minute we start questioning any of those boxes, we can begin to doubt our very faith. Yet, some of us need to deconstruct wrong ideas about God. 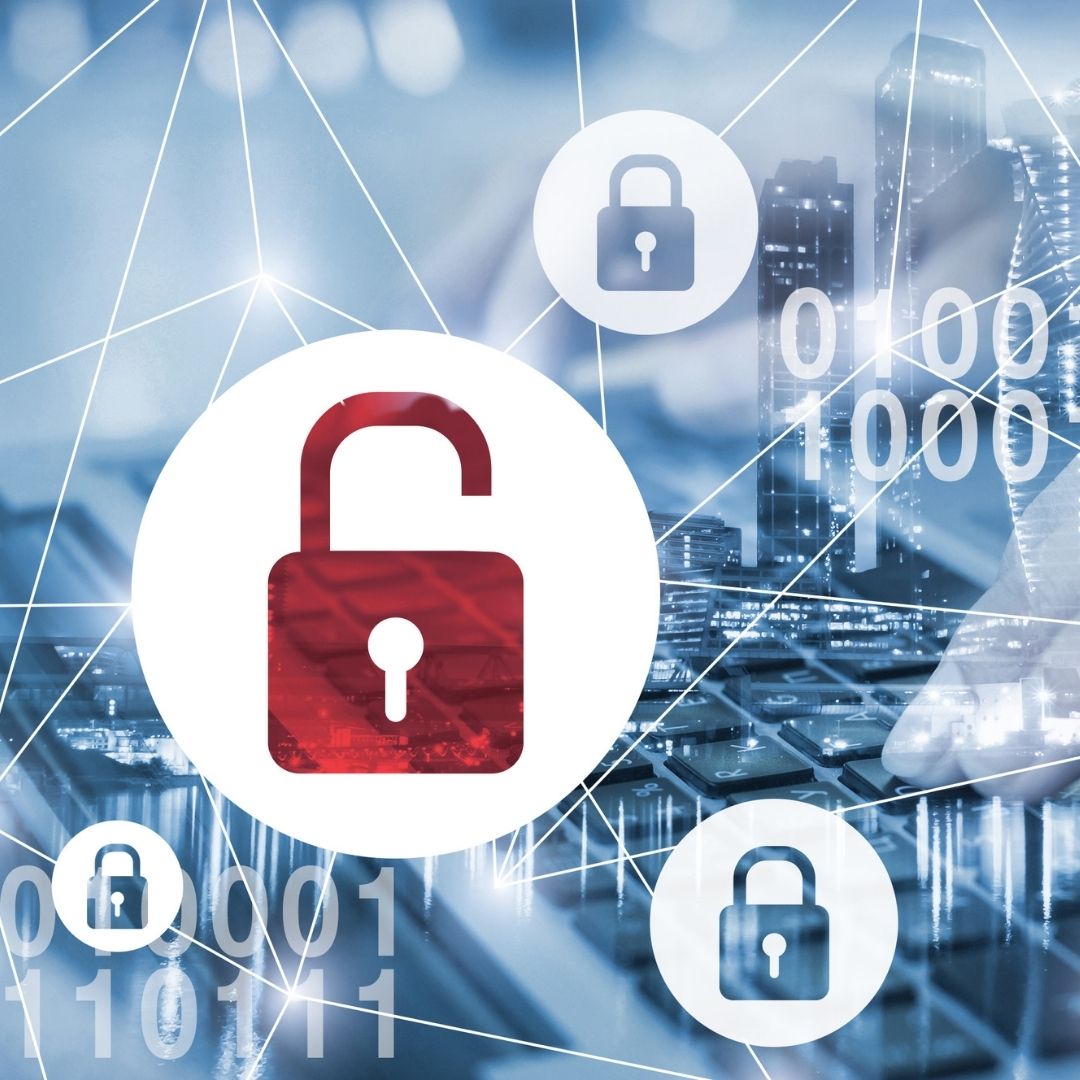 Raising the Next Generation of Cybersecurity

Cybersecurity is a rapidly growing field that specializes in securing and defending operating systems and servers, devices, networks, and data from malicious attacks. On a personal level, we know that our email can be hacked or our social media accounts can be compromised. On a corporate level, there has been an alarming number of data breaches in recent years. On a national scale, even our government and civic infrastructure are vulnerable to cyber-attacks. Perhaps the biggest threat to maintaining our way of life involves the need to secure our country’s citizens, online infrastructure that’s directly tied to physical infrastructure, pipelines, and more. 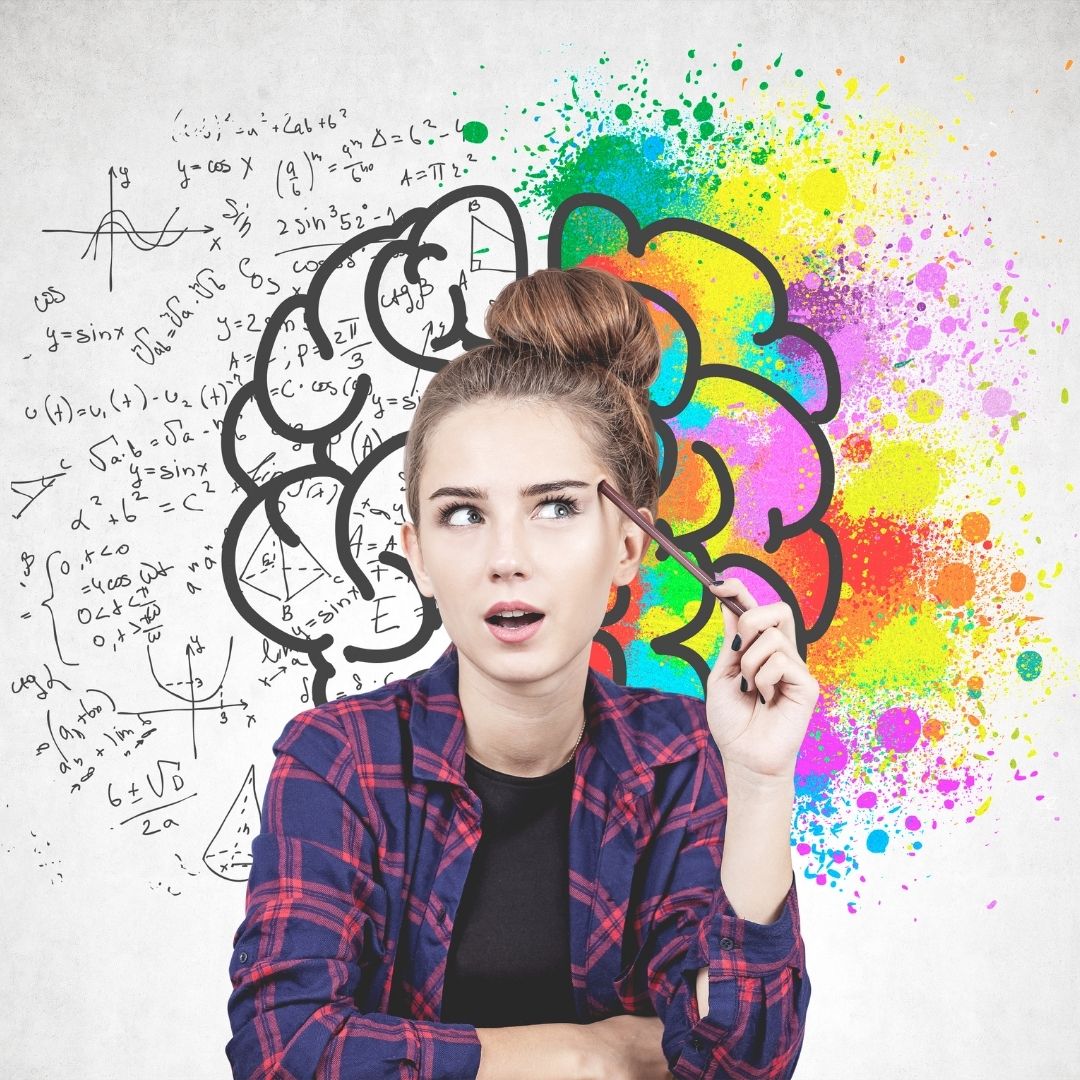 One moment, our middle schooler makes a great choice and shows signs of maturity. The next moment, they do something so foolish it catches us off-guard and leaves us feeling frustrated and confused. Middle school is notoriously challenging. Teachers, parents, and students alike experience difficulty during this period of development. Understanding that your middle schooler is going through significant brain changes may help you relate better to them and empower you to care for them. 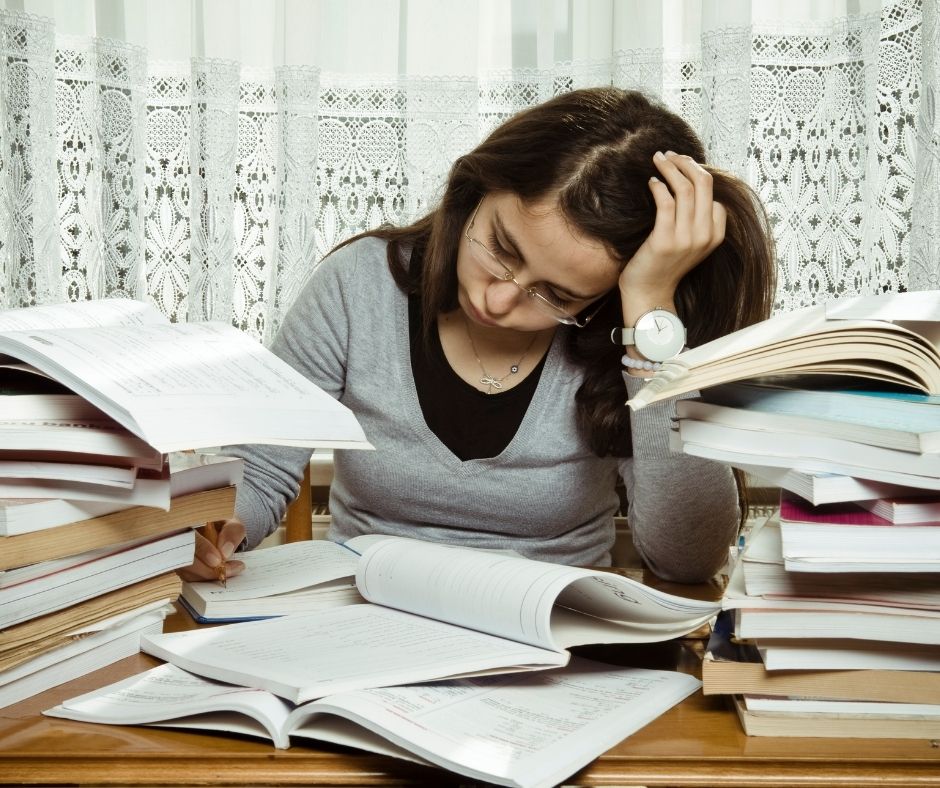 Those assignments, questions, problems, projects, papers that teachers give to students to complete outside of regular classroom time.

It seems to be part and parcel of the formal schooling experience. Students have homework. That's just the way school "works."

Yet, in spite of its seeming simplicity and central place within education, homework is quite a controversial issue. It has strong proponents and fierce opponents among administrators, teachers, parents, and students at all levels of education. 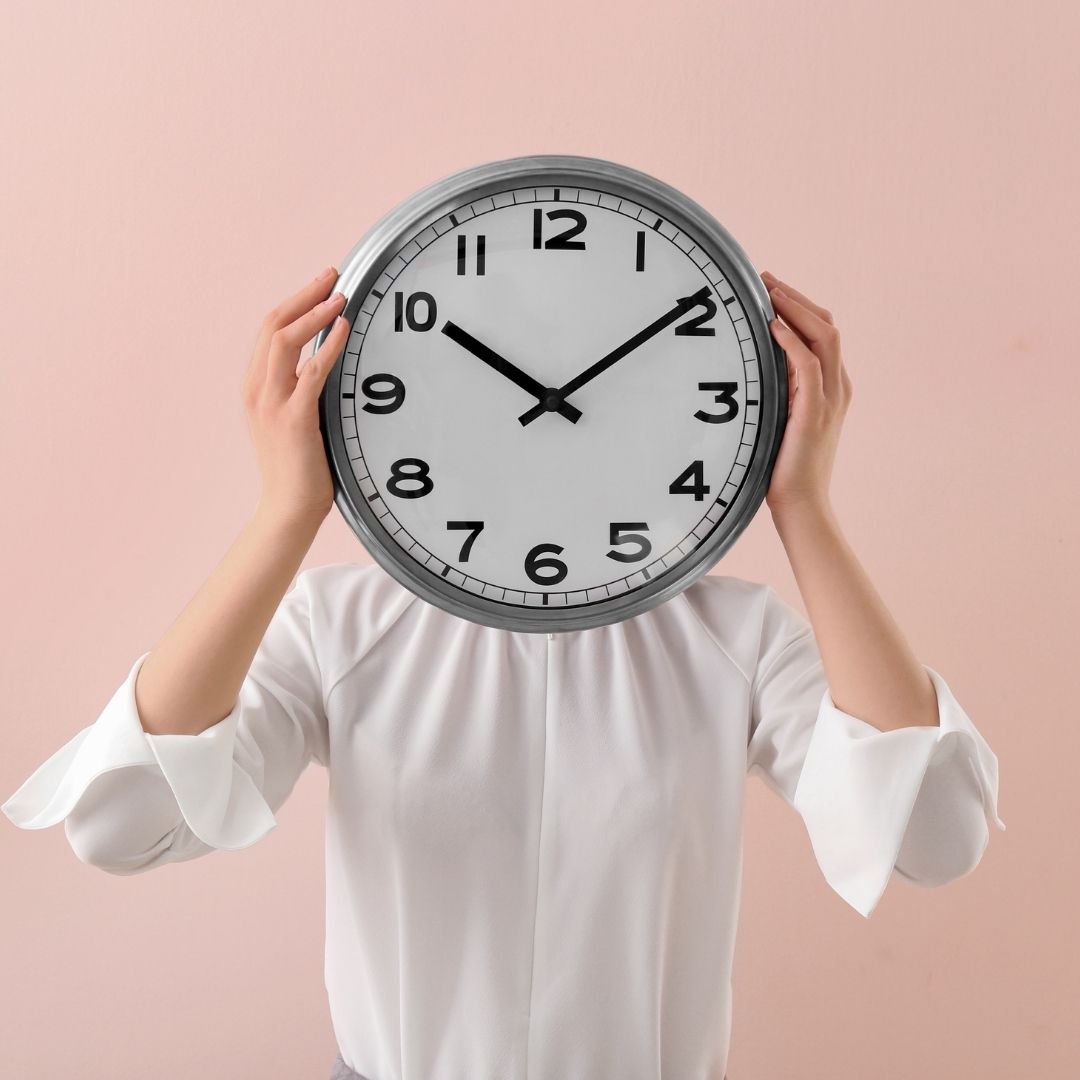 In the past two years, I came across a disease that I’d never heard of but almost immediately knew I was suffering from. I looked at the list of symptoms for this disease and quickly diagnosed myself. Behavior characterized by continually rushing and feeling anxious, always feeling short of time, being flustered when encountering (even minor) delays—I most certainly came down with what has risen to become an underlying norm that pervades our culture: hurry sickness. 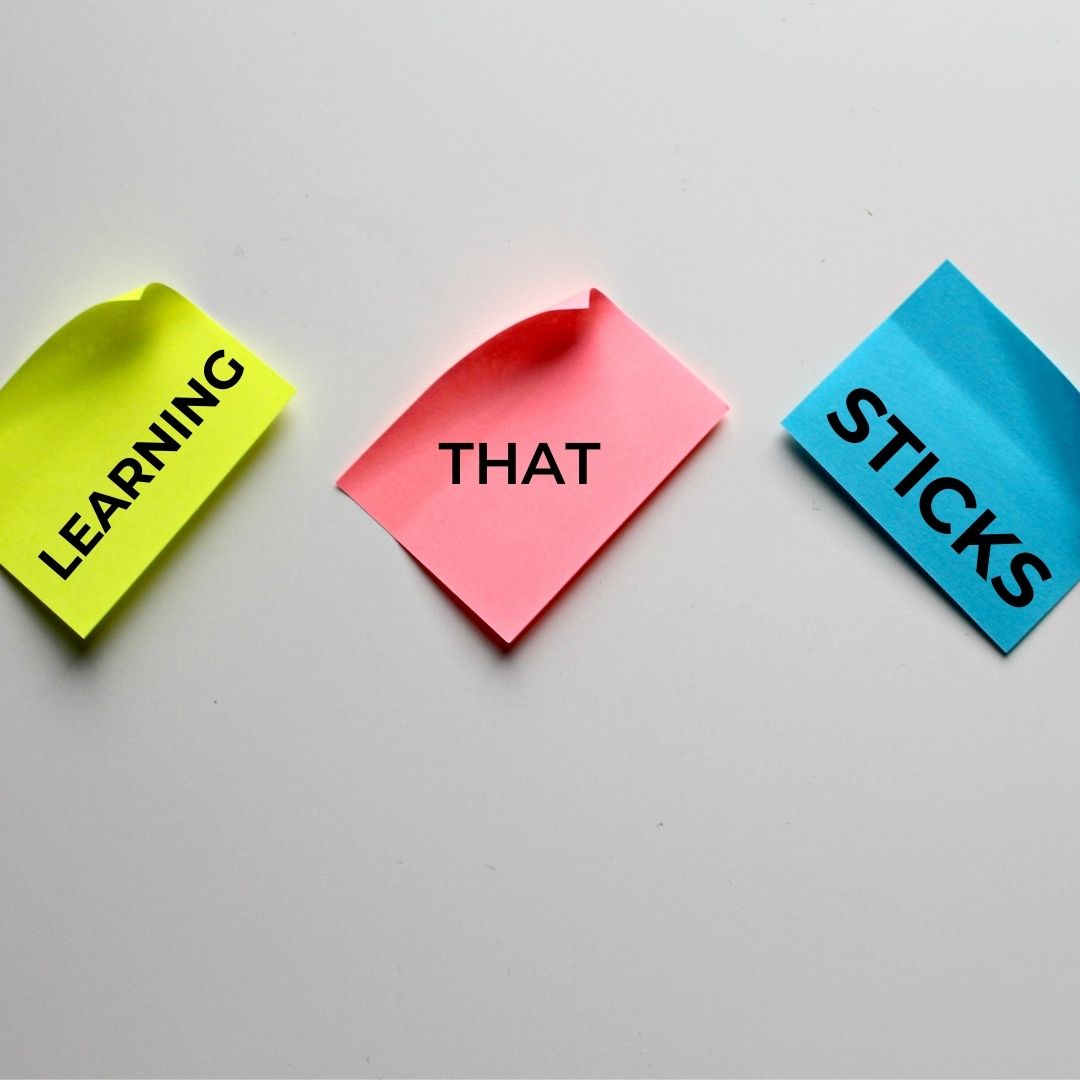 Parents: think back to your own school days.

Can you recall things you were asked or expected to learn but you couldn’t understand why? Perhaps you didn’t think they were important?

Can you remember things you learned or tried to learn because you thought they were important, but to this day you don’t really understand them or are able to explain them?

Were you ever asked to learn things for which you saw no purpose?

Did you ever ask the question, “Why do we have to learn this?”

The answer, in many cases, is “yes” to all of these.